The municipality of Pravets is located in the south-western hills of the pre-mountainous area of the “Stara Planina” Mountain. The entire territory is a beautiful combination of specific relief, middle height, crossed with rich river beads, and the “Malak Iskar” River valley.

The relief is varied. It consists of hollows, valleys, and mountains. The height above sea level varies between 350 and 600 meters. The average yearly temperature of the air is 10 C. The average yearly amount of precipitation is around 700-800 mm, with most rain falling in the spring season – May and June. The snow cover is below 40 cm, with around 80 snowy days.

The population of the entire municipality is 7,700, with 4,300 residing in the town of Pravets.

The natural landmarks and the records of the past culture

The natural landmarks, history, culture, and traditions are interwoven here to create the charming appearance of the municipality and the region.

The records of past culture, such as the church St. Archangel Michael located in Osikovitsa village, the monastery St. Theodore Thiron, located 2 kilometers from Pravets in Kalugerovo village, and the Chekotansky monastery, in combination with glorious views, provide unique attractions for tourists.

During the last 10 years, a revival of the small and specific business has been seen. Operating here are companies like “Niki Rotor Aviation”, which produces autogyro aircraft. The company also developed the first two-seater gyrocopter in Bulgaria. “Niki” Ltd. successfully develops its business I the field of commercial equipment of luxury brands like Puma, Adidas, etc. “MC-Bauchemie” Ltd. is a German company represented in over 40 countries and is one of the leading international producers of chemically modified construction products and technologies. In addition to that, the factory of “Siemens Bulgaria” produces active components for measuring transformers, as well as coiled bodies for high voltage circuit breakers. The trade and industry consortium DASF is a company in the field of polymer foils and packaging.

The smooth mountainous climate, combined with various relief and pure nature, makes Pravets an attractive place for tourism. There are several preexisting conditions for this:

-the immediate proximity of Main Road Number 4 and Hemus highway

– the capital of Bulgaria, Sofia, is 55 kilometers away

– The luxury complex  RIU Pravets Golf & SPA Resort, which offers a calm and cozy atmosphere for relaxation or work, also offers its guests breathtaking views of the lake and golf course, as well as the picturesque slopes of Stara Planina

– an excellent sport base consisting of a  modern sports hall, a fitness center, tennis courts, football stadium, and motorcycle stadium

– many sights: the birthplace of  Todor Zhivkov, Tunyakowsky Inn and old school in Vidrare village, the church St. Archangel Michael in Osikovitca village, and the monastery St. Theodore Thiron 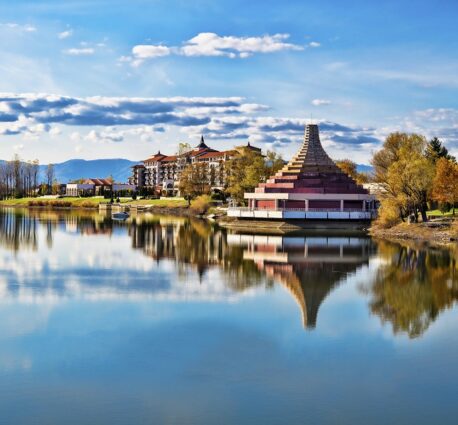 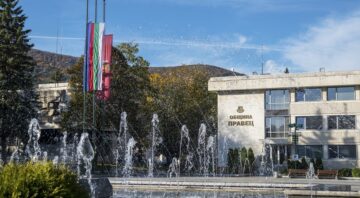 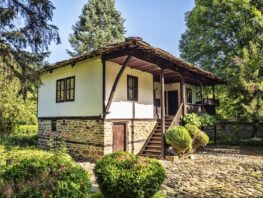 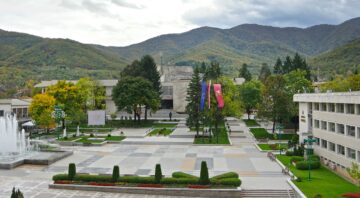 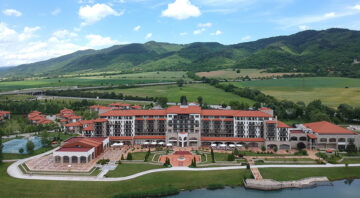