Interesting facts about the hotel over the years: 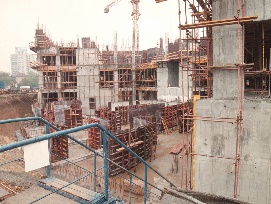 1998 – Hilton starts the construction of the very first hotel from the brand in   Sofia, Bulgaria.

2000 – The company secures employment to 245 people, ready to spread the light and warmth of hospitality in Bulgaria.

2001 – In April Hilton Sofia opens its doors, excited to create heartfelt experiences for its guests.

2001 – Soon after the opening, Hilton Sofia launches the first brunch of its kind in Bulgaria. 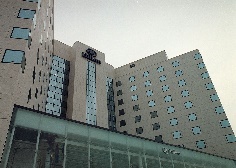 2005 – Hilton Sofia Team is proud to provide the biggest outside catering in the city for 3000 people.

2006 – After only 5 years from its opening, Hilton Sofia is acknowledged for its exceptional performance with the most prestigious award in the company worldwide – “World Brand Service Award”.

2008 – Hilton Sofia welcomes 4 beehives on its rooftop and becomes a   pioneering hotel in urban beekeeping. 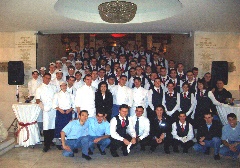 2012 – The first hotel in the city to offer free bicycles to the guests. This initiative is related to our commitment to cut our company’s environmental footprint in half by 2030.

2013 – Hilton Sofia hosts the biggest charity event in the city – “Around the World in a Day” for 5 years in a row. The aim of this initiative among all hotels in Europe is to cover the circumference of the earth, 40 075.16 km in just one day.

2014 – Hilton Sofia proudly welcomes Real Madrid FC for their first match in Bulgaria, as well as many other teams over the years. 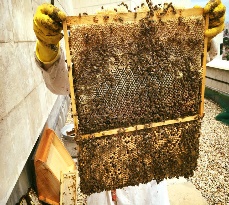 2015 – Hard work pays off. Hilton Sofia Team is recognized with a special award and receives funding for another green initiative – plant trees in the park near the hotel.

2016 – Proud to be the first hotel in Sofia that welcomes  two young ladies with Down Syndrome – Dani and Simone to support their integration, personal and career 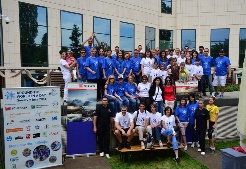 2017 – Bio herb vertical garden is a fact and it looks fabulous. We can easily prepare a fresh Mohito, a healthy green salad, or anything our guests wish.

2019 – Hilton Sofia is thrilled to have Dani (one of our precious Down syndrome ladies) as a winner of the CEO Light & Warmth Award!